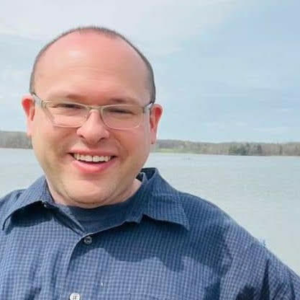 Adam Duberstein is thrilled to be the HAI Section’s Membership Co-Chair.  He is currently completing his internship at the Counseling and Psychological Services Center at Wayne State University in Detroit, Michigan.  This July, Adam will finish his doctorate in clinical psychology from the Michigan School of Psychology, where he also earned his MA degree in clinical psychology.  Adam received his bachelor’s degree in psychology and English from Earlham College, and he earned a master’s degree in higher education administration from The Ohio State University.  Before becoming a therapist, Adam worked as an academic advisor and English teacher.

In his work as a psychotherapist, Adam uses an integrative existential and cognitive-behavioral approach with his clients.  He specializes in working with depression, anxiety, grief and loss, career concerns, trauma, divorce, coping with illness, and men’s issues.  Adam has a special interest in the mental health of those who work with animals, including animal activists, veterinarians, animal care professionals, and shelter employees.  He gladly works with clients of all ages and backgrounds.  He is an active member of the American Psychological Association and the Michigan Psychological Association.

Adam’s interest in human-animal interactions stems from the fact that he has been a pet owner his whole life.  His pets have included dogs, cats, birds, fish, guinea pigs, and hermit crabs.  Adam is interested in studying if a link exists between prejudice against people and prejudice against certain types of dogs, including pit bulls.  Adam co-authored two articles which will appear in an upcoming issue of The Humanistic Psychologist.  These articles are “Pit Bulls and Prejudice,” which he co-authored with his mentor, Dr. Betz King, and Dr. Amy Johnson; and he co-authored “Mutuality and Well Being: The Human Animal Bond,” with Dr. Betz King and Dr. Maureen McGlinn.  Recently, Adam has become interested in advocating to include mental health professionals as mandated reporters of animal abuse.

When he is not seeing clients or reading about psychology, Adam can be found walking around the neighborhood with his energetic canine companions, who are Lucky, a Great Pyrenees; Malka, a boxer mix; and Adina, who is a pointer-hound mix.  He also spends time with his family’s tuxedo cat, Rosie, and his two colorful betta fish, Ezekiel and Eliezer.  The animals delight clients and colleagues alike.